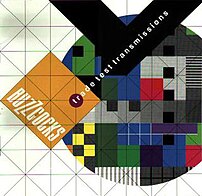 Besides precisely pinning functionality, writing text based stories has another – and some would argue more important – benefit, developing a shared domain language between the business & developers.

The mismatch between the way the business sees the solution, and the way the developers view the solution becomes painfully obvious about half way into the project, when you start to try to match what data fields are labeled on the UI, and what they are called in the database / object model.

I’ve worked on what should have been simple projects; where maintenance is a exercise in hair pulling as you try to figure out what data input results in the weird output in a report.

The root problem is a lack of a shared domain language. Projects naturally evolve domain languages; and unless guided, you can guarantee that the language in the customers requirements spec and that in the code base will diverge rapidly.

Talking through how functionality will work, and being forced to formalize it by writing things down helps the domain understanding and language to evolve naturally, influenced equally by the customers domain understanding, and the constraints the developer must work within.

Its vital that this is done before coding begins for the following reasons:

During release planning, the high level “As a [x] I want [Y] so that [Z]” is probably sufficient, with the “Given, When, Then” acceptance scenario’s being fleshed out at the beginning of each sprint.

Specifying your functional requirements as text stories leads to some exciting opportunities:

The Ruby community has made the most progress in the latter opportunity, with their rSpec story runner.

Consider the possibilities of the following development practice:

At any stage its possible to see how far the team is (how many steps pass?), speculative complexity is reduced because the developers are focused on developing only that which the test requires, and all the while a suite of regression tests are being build up!